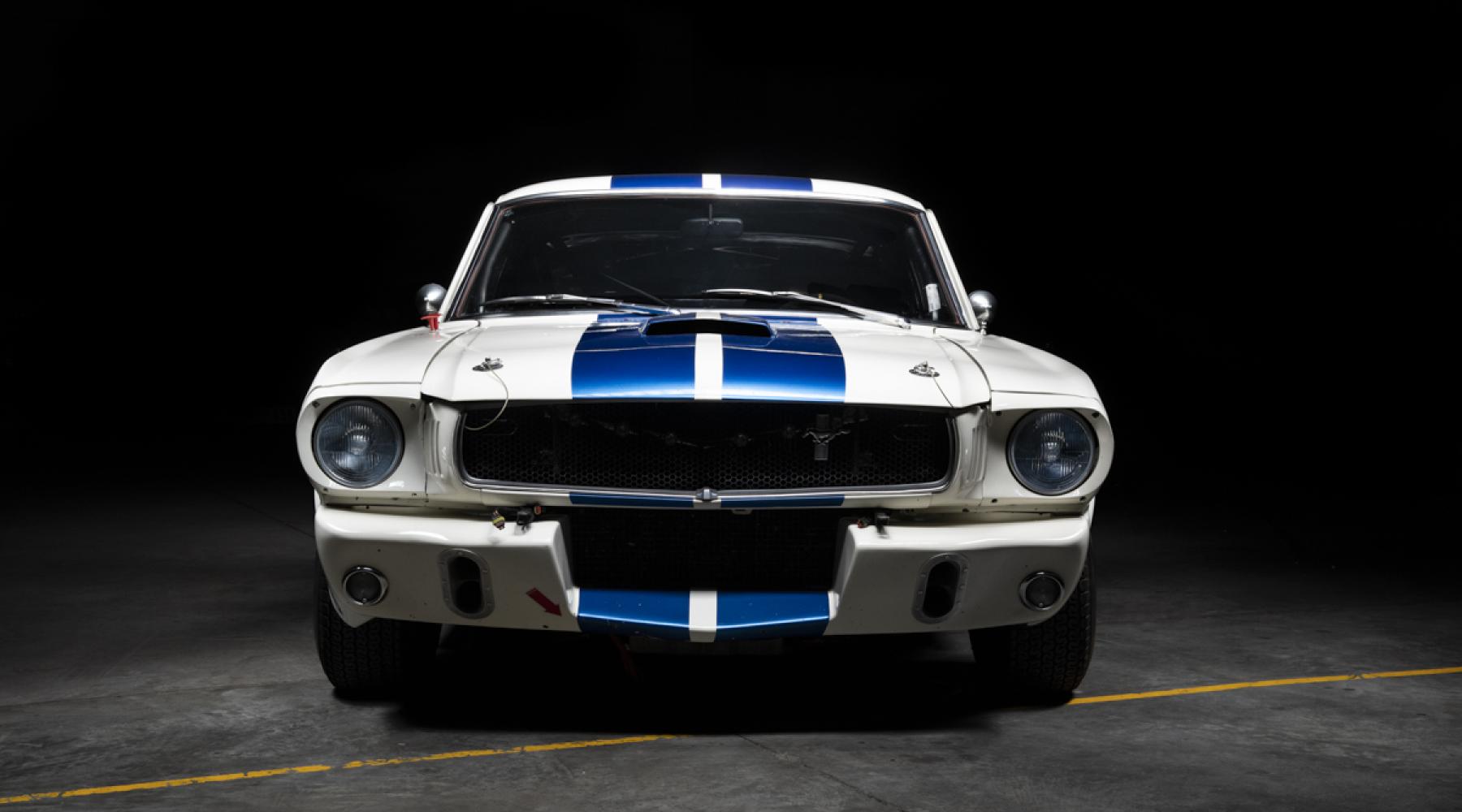 Starting with Ford’s already exceptional “K-code” Mustang fastback, Carroll Shelby and his team at Shelby American loaded the GT350 with numerous suspension upgrades and improved safety equipment, and tuned up the engine, adding approximately 35 horsepower over the standard Ford “Hi-Po” 289 V-8. The result was a production class-racing powerhouse that easily met the challenge from other cars of the day.

Shelby American produced only 562 of these tough-and-ready GT350s in 1965, and they are considered the most desirable and collectable among all Shelby Mustangs - the purest interpretation of Carroll Shelby’s original vision. To this day, the GT350 remains an ever-popular choice for vintage racing around the world.

This genuine Shelby GT350 is the most desirable ’65 version. The current owner, a passionate gentleman racer, purchased this car in 2008 and he immediately decided to convert it into a race car. Only the best specialists and the best parts were used for the job all according to the FIA rules. The main goals during the process were high performance, reliability and getting as close as possible from the minimum FIA legal weight. The final result is remarkable: 2:53 at Spa Francorchamps, as an example! This car participated in the most prestigious historic races around Europe with many great results. During the years it was carefully maintained with a “no compromise philosophy”. It is without doubt one of the best developed and reliable GT350 in today’s market.