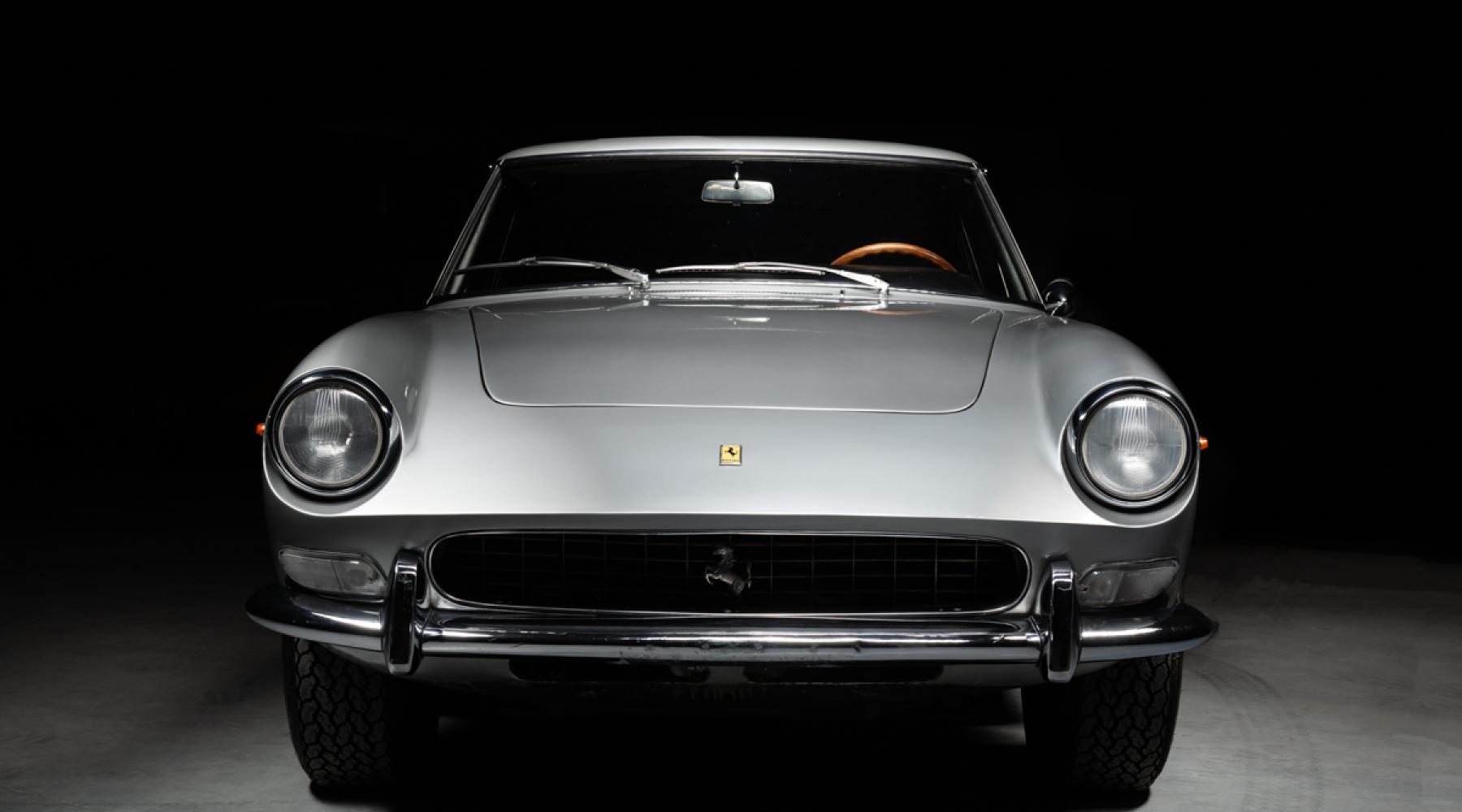 The 330 GT 2+2 coupé was presented at the annual Ferrari pre-season competition press conference in January 1964, making its public appearance at the Brussels Salon later that month. It was the replacement for the 250 GTE 2+2 model, which had ended its production run with a series of one hundred models known as the 330 America. The 330 GT 2+2′s elegant line was the work of Pininfarina, and two series were built. These differed principally in the front end treatment; the first series (1963-1965) having four headlights and the second (1965-1967) just two. Around 1,000 examples were built in all.

Our 330 GT 2+2 was delivered new in Switzerland in Mai 1966 and only changed hands 4 times. The current Belgian owner acquired the car in Switzerland in 2003 with a mileage of only 46.100 km. During the years the car was driven on regular basis and well maintained. There is a nice file available with history and invoices. The original interior has a fabulous patina! This is not a concours queen but a fantastic driver’s car.  We believe this car offers great value for money : 60’s era V12 Ferrari with Pininfarina design!